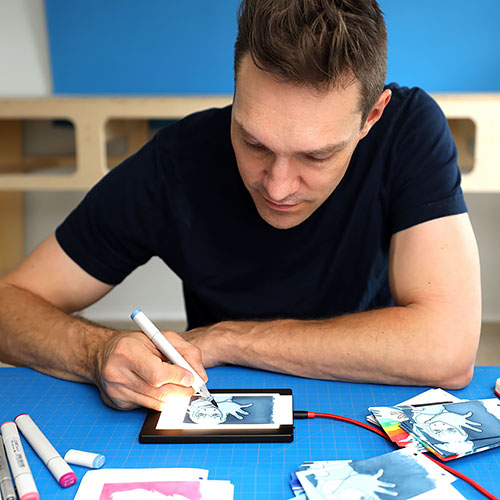 As a kid my imagination lit up as I made countless flipbooks, experimented with stop-motion, and studied drawing. In college I studied filmmaking and began working professionally as a stop-motion animator. Eventually I was lucky enough to animate on four of Laika’s Oscar-nominated movies, including Missing Link, ParaNorman, The Boxtrolls, and Kubo and the Two Strings. I love animating, directing, and writing. I live near Portland, Oregon with my wife and three boys, and they are the absolute best. 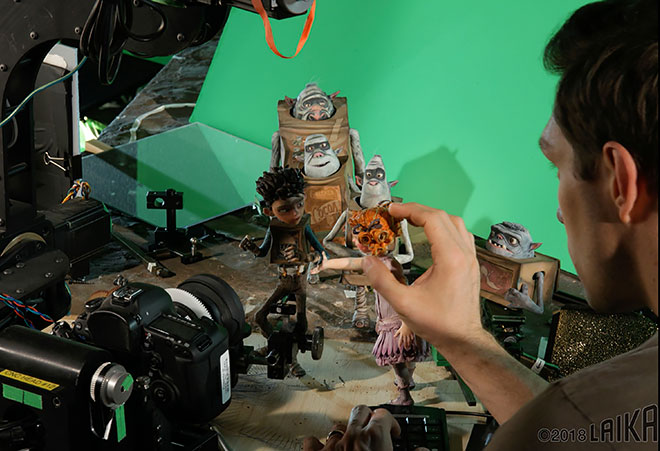 A few years ago my wife Laurie had the brilliant idea for me to create a kit for making flipbooks. And I am glad she did! I love flipbook animation because it is 100% accessible. You don’t need a computer, you don’t need a tablet, you don’t need a screen at all. Anyone can do it (and if you’re anything like me you’ve probably tried it at some point on the corner pages of a text book.) Despite its simplicity, there is something completely magical about it; you make a few drawings, flip the paper, and your scribbles come to life right in front of your eyes. I love it.

So Laurie and I set out together designing the perfect kit for making flipbooks. I spent three years prototyping the ideal light pad for tracing. We made prototype after prototype and kept tweaking and refining. I tested loads of different paper stock until I found just the right paper. We made custom-sized binding posts. And we were obsessive about our packaging. Eventually we ran a Kickstarter campaign to raise funds for manufacturing, and… failed. Yup, our Kickstarter failed. But we were not deterred! My YouTube channel was growing quickly. So we started over again, ran a new Kickstarter campaign, and the second time around… succeeded! With funding in hand we were finally able to manufacture our first huge batch of Flipbook Kits. And now–one long road later–here we are! We’ve sold thousands of our original Flipbook Kit all over the world, and now we’re excited to introduce our brand new Starter Flipbook Kit. 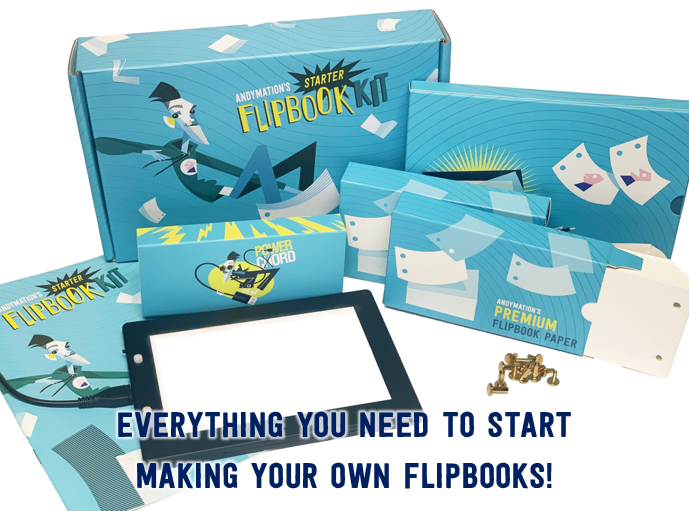 I love how our new Starter Kit has turned out, and I hope that by using it, your imagination will light up just like mine did.

This website uses cookies to improve your experience while you navigate through the website. Out of these, the cookies that are categorized as necessary are stored on your browser as they are essential for the working of basic functionalities of the website. We also use third-party cookies that help us analyze and understand how you use this website. These cookies will be stored in your browser only with your consent. You also have the option to opt-out of these cookies. But opting out of some of these cookies may affect your browsing experience.
Necessary Always Enabled
Necessary cookies are absolutely essential for the website to function properly. These cookies ensure basic functionalities and security features of the website, anonymously.
Functional
Functional cookies help to perform certain functionalities like sharing the content of the website on social media platforms, collect feedbacks, and other third-party features.
Performance
Performance cookies are used to understand and analyze the key performance indexes of the website which helps in delivering a better user experience for the visitors.
Analytics
Analytical cookies are used to understand how visitors interact with the website. These cookies help provide information on metrics the number of visitors, bounce rate, traffic source, etc.
Advertisement
Advertisement cookies are used to provide visitors with relevant ads and marketing campaigns. These cookies track visitors across websites and collect information to provide customized ads.
Others
Other uncategorized cookies are those that are being analyzed and have not been classified into a category as yet.
SAVE & ACCEPT
My cart
Your cart is empty.